End up doing a half day tour of the local waterfalls, oasis and canyons etc, which are all choked to the limits with tourists. At the first stop I count over 100 four-wheel drives. End up back at the luxuriant Hotel Sofitel Palm Beach because if feel like another swim (also the creepy guy was pacing around outside my room). 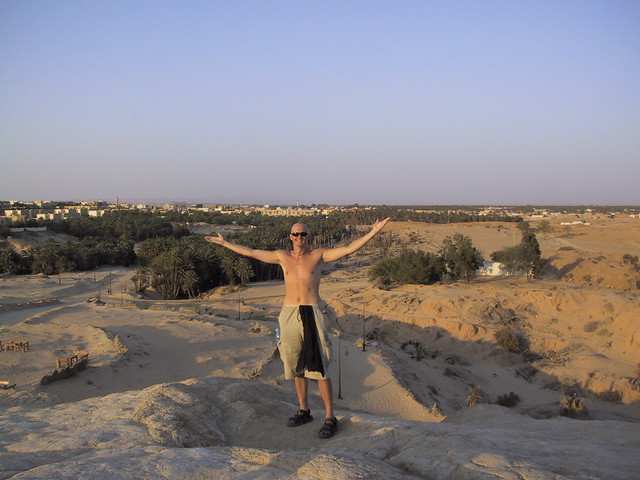 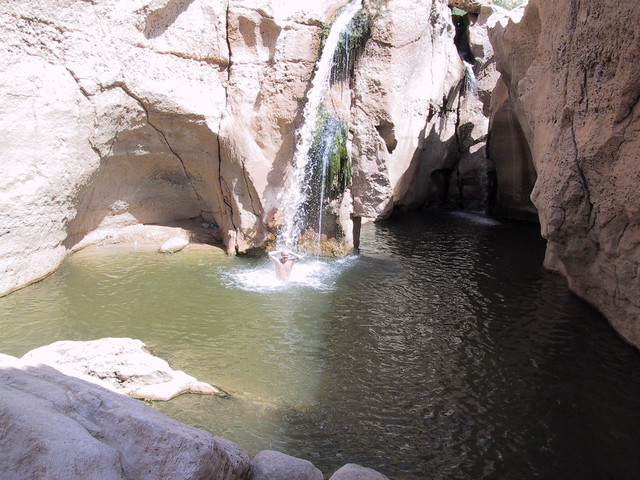 In the evening I amuse myself with the locals in the evening by playing a couple of the locals favourite games. The first is “where you from?” which goes like this. They open with the line “hello my friend” which you are supposed to ignore because they are not your friend at all. After an initial pause whilst they realise that you have played “where you from” about 1000 times before they make a guess as to where you are from. For some reason I often get “Dutch” first followed by “English” or “American”. If they correctly guess where you are from correctly they get to try to sell you something from their shop. If they don’t get it right then you get to keep ignoring them if you should so wish. I am exceptionally good at this game and although I’m not really sure how the scoring works I think I might be the all Tozeur champ at the moment.

The other game the locals play is “where are the Tunisian women at?” this involves sitting around in the local coffee shops with large groups of Tunisian guys and wondering where all the local chicks are. During the day they make up less than the 20 percent of the street traffic and they all but disappear at night. I have to admit that I am more than a little crap at this game, as I have no idea at all where the local chicks might be. This is more than a little disappointing because as far as I can tell several hundred years of interbreeding with the Spanish, French and Italians to name a few have left some incredibly fit genes lying around.

Caught the overnight bus back to Tunis.